This Thursday could be one of the best days in Juventus’ recent history. If everything goes well, the Italian powerhouse could form a dream-team in the near future.

At first, one of the best defenders in the world, Matthijs de Ligt officially signed a deal with the Old Lady, and after that came another shocking news.

Also, Neymar’s agent and father is meeting with Juve’s sporting director to see whether there is any possibility for the Brazilian’s transfer to Turin.

Earlier this morning De Ligt and Juventus finished all the formalities, and Ajax’s captain and probably the most gifted and talented defender in the world became the newest acquisition of the Italian champion. The 19-year-old’s moved cost Juve €75 million. Meanwhile, he signed a five-year deal worth €16 million per year, which could increase depending on the bonuses. In the best scenario for the player, his basic salary could go all the way up to €24 million.

De Ligt was a target of several European giants, among which PSG and Barcelona wanted the Dutchman pretty badly. Both of these clubs struggle with central defenders, and talented youngster like this one would solve that problem for quite some time. Still, Juve came out as the winner in this fierce battle.

A buyout clause is also included, but it won’t be active until June 2022, and it stands at €150 million. 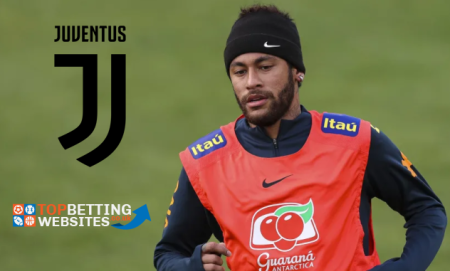 This was the most important news on Thursday until another bomb exploded with Juve’s involvement in it also. With a little luck, they might have two big deals concluded. Neymar’s father and agent is as we write this article, talking with Fabio Paratici, Juventus’ sporting director.

The topic of the talks is Neymar’s move to Allianz Stadium. For quite some time the relationship between the Brazilian superstar and Paris Saint Germain are not very good, which reflects upon the entire chemistry of the team from Parc des Princes. His egoism and need to be in the centre of attention divided the club into two clans, and afterwards turned the fans against him.

It is no secret that Neymar wished to be the ultimate leader of the Saints, but the already formed core of the team didn’t allow that. In particular, Edin son Cavani with whom Brazil’s no.10 had several disputes.

But that is not all. Neymar opened a conflict with the management of the club and its owners. Instead of reporting to the club on July 8, the player decided to stay for one more week in Brazil. The explanation was that his PR already notified the club about his intentions and that he wanted to stay home because of charity activities.

A strong response immediately came from PSG’s side. The club condemned Neymar’s behaviour and indicated that he would suffer consequences because of his unprofessional behaviour. This is not the first time to see these sorts of incidents between the club and the player.

Some sources are claiming that he offered himself to Manchester United, after failing to persuade his former club Barcelona to buy him. As time goes by, one of the best players in the world is getting more desperate to leave Paris, and he won’t hesitate to accept any decent offer from some top European club. It is why Juventus probably reacted and set up a meeting with his father.

The Old Lady’s goal for the past several years is to win the Champions League, but the Italians are continually failing to do so. De Ligt’s arrival, improves their prospects, but if Neymar comes too, Juventus will no doubt be the biggest favourite to win the entire competition.