After FC Barcelona were crowned Champions of LaLiga in May, all eyes have now turned to the upcoming transfer window to see how Real Madrid will respond after their bitter rivals have won the La Liga once again. Atletico Madrid will also do some big deals this summer as they too will look to push in LaLiga along with the Champions League in the 2019/20 campaign. 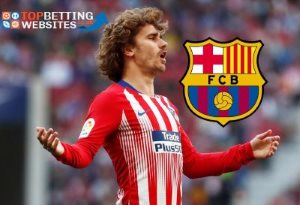 FC Barcelona acquired the services of Dutch playmaker Frenkie De Jong for £75m in January after a long battle against Paris Saint Germain. In this transfer window, however, they’ve already signed Neto from Valencia for £26m along with Emerson from Atletico Mineiro for £12m. They don’t look like they’re slowing down either, they look like they’re about to trigger Antoine Griezmann’s £120m release clause from Atletico Madrid any time now. The club have also been keeping a watchful eye on Paris Saint Germain’s Brazilian star Neymar Jr in the hope that he may be interested in a sensational move back to the Catalan club.

As far as sales go, FC Barcelona have already sold Jasper Cillessen to Valencia for £35m, Andre Gomes to Everton for £25m, Paco Alcacer to Borussia Dortmund for £21m and Denis Suarez to Celta Vigo for £12.9m. The loans of both Kevin Prince Boateng and Jeison Murillo have both expired, and they’ve released Thomas Vermaelen from his expiring contract.

They’ve also been looking at selling Coutinho after a disappointing season and a half from the Brazilian in a bid to cut their losses. The main clubs that have been following him are Paris Saint Germain and Chelsea, but neither club have put a bid in so far. FC Bayern Munich have been following the movement of French winger Ousmane Dembele, and Arsenal have been interested in Brazilian Winger Malcom. They’d also be interested in letting go squad players such as Samuel Umtiti and Ivan Rakitic if suitable offers came in. 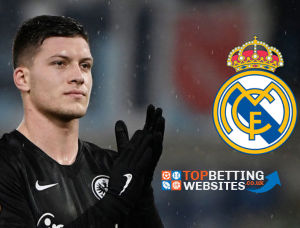 Real Madrid have had an extremely busy summer transfer window already. They’ve already secured the signings of Eden Hazard from Chelsea for £90m, Luka Jovic from Frankfurt for £54m and Ferland Mendy from Lyon for £43.2m. They’re still looking to add to their impressive list of players as they look to sign a midfielder in the shape of either Manchester United’s Paul Pogba or Tottenham’s Christian Eriksen.

Atletico Madrid have already sold Gelson Martins to AS Monaco for £27m and Lucas Hernandez to Bayern Munich for £72m. They seem destined to lose French star Antoine Griezmann to Spanish side Barcelona, and Jan Oblak has been linked away from the Spanish Capital.

However, Atletico Madrid have already brought in players such as Real Madrid’s Marcos Llorente for £27m and Felipe from FC Porto for £18m as they look to improve their squad for the upcoming season. If Antoine Griezmann is to depart Atletico, the club have lined up Portuguese wonderkid Joao Felix as his replacement. With a £120m release clause, it could be a huge gamble for the Spanish side, but he could be well worth the investment if he lives up to his price tag.

Valencia have bought Jasper Cillessen from FC Barcelona for £31.5m and Denis Cheryshev from Villareal for £5.4m. It doesn’t look like they’ll make many more signings unless they get a big transfer fee for one of their players. Goncalo Guedes was linked with a move to Chelsea, but the rumours have died down recently. The club have already sold Neto to Barcelona for £23.4m along with Italian striker Simone Zaza for £10.8m to Torino. Barcelona’s Rafinha and Manchester United’s Matteo Darmian have both been linked to Valencia and would be important signings for the side if they are to compete in numerous competitions next season.