Arsenal will have a small budget this summer in comparison to other Premier League clubs as their budget looks like it will be roughly £40m. They’re insisting on improving the defence as well as their attack as they look to build on last season. Some names that are being thrown around are Celtic’s left back Kieran Tierney, Lorient forward Alexis Claude-Maurice and RB Leipzig’s star defender Dayot Upamecano as they look to improve in many positions around the field. Whether these players will want to join Arsenal next season as they don’t have Champions League football is yet to be seen, but manager Unai Emery will hope he can bring in the names he needs. 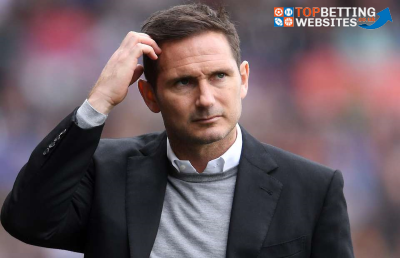 Chelsea are currently under a transfer ban, if they can get the Court of Arbitration of Sport to uphold the ban, they’ll be free to spend this summer. After manager Maurizio Sarri left for Juventus, the club will have to bring in a new manager with Frank Lampard the favourite for the role. Reported players that Chelsea are interested in are Barcelona’s, Philippe Coutinho, Valencia’s Goncalo Guedes and Lille’s Nicolas Pepe as they look to fill the void left by Eden Hazard after his £100m move to Real Madrid. They’ve already secured the services of Christian Pulisic and will hope to add to their squad for the upcoming season.

Manchester United have had a tough season, they’re in the Europa League next year and will struggle to convince top players to join. However, they’re linked to defenders, midfielders and attackers as they look to have fresh faces around the team next season. Paul Pogba and David De Gea look like they could be leaving, and this could inject some funds for Manchester United to spend. Names that have cropped up are players such as Crystal Palace’s Aaron Wan Bissaka, Paris Saint Germain’s Thomas Meunier, Ajax’s Matthijs De Ligt and Napoli’s Kalidou Koulibaly as they look to prioritise the defence. 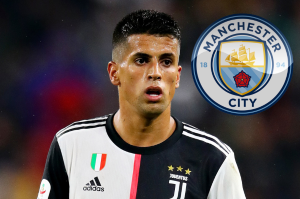 Premier League Champions and Treble Winners Manchester City look to have another big transfer window as they prioritise the right back position and the midfield. They want to replace the ageing Fernandinho and English right-back Kyle Walker who’s struggled to nail down the starting position for the English Champions. They also want a backup to injury-prone Benjamin Mendy who’s struggled to get minutes at the club. Juventus right back Joao Cancelo, Atletico Madrid midfielder Rodri, Napoli centre back Kalidou Koulibaly and PSV left-back Angeliño have all been linked to the club and will significantly improve the men in blue.

Champions League winners Liverpool don’t have much to improve on, however, the club desperately want an attacking midfielder to complement their world-class front three along with a backup left back to hugely talented Andy Robertson and possibly even a centre back if Dejan Lovren is to leave the Merseyside club. They’ve been linked to Lyon’s Nabil Fekir, Sporting CP’s Bruno Fernandes, Barcelona’s Ousmane Dembele and Ajax left-back Nicolás Tagliafico as they look to strengthen for the 2019-20 season.

Tottenham Hotspur finished runners up to fellow English side Liverpool in the Champions League final last year as they rounded off an impressive season. They’re looking at improving their midfield with 22-year-old Tanguy Ndombele linked to the London club as Lyon value him at £60m. They’ve also been linked to Argentine attacking midfielder Giovani Lo Celso who currently plays for Real Betis, Lo Celso would also cost roughly £60m as Real Betis value him highly after purchasing him for £25m from French Champions Paris Saint Germain in the same window.

Whatever happens, this window is guaranteed to be an exciting one as every club is looking to compete on two fronts next season which are the Premier League and either the Champions League or the Europa League.