After Leonardo Araújo replaced Antero Henrique as Paris Saint Germain’s Sporting Director, everyone has been speculating whether this means PSG mean business, or whether this is another short-term fix. There are clear holes in PSG’s team, they’ve been desperate for midfielders and defenders for years, yet these problems have never been resolved under Antero Henrique, the PSG owners will hope Leonardo will be a breath of fresh air for the club.

Leonardo Araújo is a 49-year-old Sporting Director who previously worked at AC Milan in 2018 and Paris Saint Germain from 2011 to 2013. Whilst he was at PSG, he brought in Marco Verratti, Thiago Silva, Zlatan Ibrahimovic, Thiago Motta and Javier Pastore along with many other players who spent time in the French Capital. He was also an important figure in bringing Carlo Ancelotti in as the club’s new Head Coach as he persuaded him about PSG’s project.

He left the Sporting Director role at PSG in July 2013, Leonardo was accused of pushing a referee after a match against Valenciennes after Thiago Silva was sent off after grabbing the referee. Leonardo was banned for 9 months (which was later extended to 13 months) as he announced his resignation from the French Champions. In June 2014 however, the ban was overturned, and Leonardo said he would sue the French Football Federation for damages. 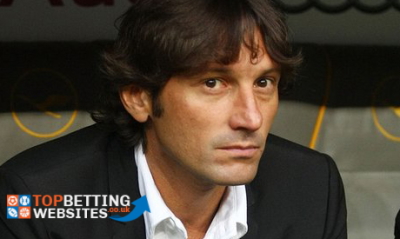 In the summer of 2018, Leonardo joined AC Milan under new ownership in the Sporting Director role as he replaced Massimiliano Mirabell. While he was at the club, he brought in signings such as Lucas Paquetá, Mattia Caldara and Krzysztof Piatek all for €35m each. All three of these captures turned out to be very good as each of the players have increased in value since arriving in Milan and have attracted interest from big European clubs.

Lucas Paquetá, Mattia Caldara and Krzysztof Piatek are signings a club like PSG would never usually make as old Sporting Director Antero Henrique tended to go for big money signings (Neymar and Kylian Mbappe are the obvious two.) However, with Leonardo in charge, the club will hope to make smarter signings that don’t require hundreds of millions of euros to make.

In the past, PSG haven’t made the best transfer decisions. They’ve made poor acquisitions in the past such as Grzegorz Krychowiak, Jese Rodriguez, Hatem Ben Arfa and Benjamin Stambouli all for too much money and never really fitting in at the club. They’ve also made poor decisions to sell players such as Blaise Matuidi, Giovani Lo Celso and Lucas Digne as well as letting players leave for free such as Zlatan Ibrahimovic and Kingsley Coman.

Looking towards the future, however, Leonardo has very good relationships with Football Agents such as Mino Raiola. Raiola is the agent of Ajax wonderkid Matthijs De Ligt who PSG have been looking at recruiting in the upcoming transfer window. This is a smarter signing than what PSG would usually make as he would improve the Parisian defence long term and is likely to increase in value.

““This club has been so important to me in my football career and in my life. I had really emotional moments here both as a player in the late 90s and more recently as sporting director along with our chairman Nasser Al-Khelaïfi on my return to the club in 2011. Today, I come back to Paris full of energy to rejoin this club that I deeply respect.”” Paris Saint Germain’s Sporting Director

Two other names that have come up are AC Milan’s Gianluigi Donnarumma and Lazio’s Sergej Milinković-Savić. Leonardo is clearly a fan of Donnarumma after working with him at AC Milan and will want to recruit the 20-year-old Goalkeeper to the Parisian side, with the Parisian Hierarchy unconvinced by current number 1 Alphonse Areola. They could look to sell him and Kevin Trapp to raise funds for the Italian Goalkeeper who is also represented by Agent Mino Raiola.

Leonardo will also be aware of Lazio Midfielder Sergej Milinković-Savić, at 24 years old the Serbian Midfielder has a lot of potential that Leonardo will believe Thomas Tuchel can unlock. Some sources have stated that PSG have submitted an initial offer of €55m for the Serb which will be likely to rise over time if the Parisians are hopeful of securing his services. Juventus are also interested in the Midfielder as Lazio want a reported €100m, but if it gets to a bidding war, PSG may want to stay well clear.

Appointing Leonardo as their Sporting Director is definitely a step in the right direction for the French Champions and will be vital if they want to push on in the Champions League next season. Leonardo brings something new to the table that PSG didn’t have before with Antero Henrique and the club will hope Leonardo can use his connections to bring in World Class talent and rising stars at good prices.

Follow up on more interesting Seria A Transfer News