The fantastic Brazilian and the superstar from France are in tough positions at the moment. All the facts are suggesting that they aren’t feeling comfortable in their respective clubs anymore. The latest pieces of information are clearly backing up this story.

It appears that the relationship between Neymar and his current club, Paris Saint-Germain, is becoming pretty bad. The Saints’ management announced last night that they are going to take disciplinary actions against the most expensive player in the history of football.

Neymar didn’t show up at the training facilities this Monday, although he had to because PSG started the pre-season activities and held its first gathering after vacations and offseason.

Meanwhile, the player’s spokesman stated that the club had been informed about Neymar’s intention to stay in Brazil and his participation in charity programs which last until the 15th of July. However, the club denies such stories.

Paris Saint-Germain has issued a public statement saying that they will take disciplinary actions against the most expensive player in the world. This only deepens the dispute between Neymar and the Parisians, who haven’t been in a good relationship for a while. Sources are saying that the Brazilian wants to leave the club because he feels that he isn’t a leader in the locker room and that the fans aren’t recognizing him as the biggest superstar in the squad.

Both Kylian Mbappe and Edinson Cavani have bigger support from the fans, which only frustrates Brazil’s No.10.

Also, PSG hasn’t done anything noticeable in the Champions League, which is one more reason for Neymar to be unhappy. At the moment, there are two clubs who could be his next stop – Real Madrid and Barcelona. Real is targeting the Brazilian for quite some time, and they already tried to persuade him to land at Santiago Bernabeu. 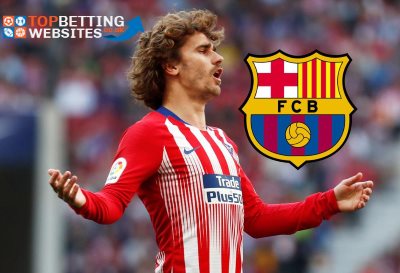 Barca’s name came up recently, but at this point, it is hard to believe that Blaugrana wants Neymar as they already have a deal coming up with Antoine Griezmann. There were some rumors that they might send Philippe Coutinho and cash to Paris, but as time goes by, it seems that there won’t be such a deal.

Another player who is not happy with the current situation in his club and wants to leave too is Paul Pogba. It is no secret that the French international desires to change the environment, but it seems that his patience is running out. Pogba has been linked with Real Madrid and Juventus, and according to some sources, he would gladly join either of those two powerhouses.

The only problem is that Manchester United isn’t willing to give up on him. Ole Gunnar Solskjaer sees Pogba as one of the vital pieces in Red Devils’ future, and he is prepared to build the team around him.

This is the reason for Pogba’s frustration, and he is hiding it no more. United is currently on tour in Australia, and the reporters noticed him being a bit unpleasant towards Jesse Lingard. The French player had an aggressive stance toward his teammate, but Victor Lindelof stepped in and eased up the tension.

Whatever is the reason for this, it shows that one of the best midfielders in the world is not very happy.

All in all, we just might see two blockbusting deals very soon.