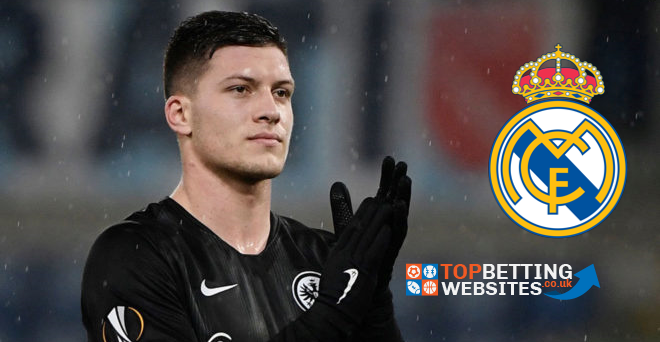 One of the most talented players in the world became the first big fish caught by Real’s management in this transfer window.

Jovic, a 21-year old whose goalscoring abilities are fantastic, landed to Madrid from the German club Eintracht Frankfurt. According to several sources, the youngster’s transfer is worth €60 million, with the possibility of adding €5 million more depending on the player’s performances.

His previous club, Benfica Lisboa, will also get a nice share from this deal. The Portuguese Eagles are about to receive 30% from the entire agreement.

The Los Blancos beat many clubs in the race for Jovic’s signature. Among others, Bayern Munich, Barcelona, Chelsea, AC Milan, and several top-class teams were inquiring about his services, but it appears that the 13-time European champions offered the best terms to the player and the German side.

Jovic scored 29 goals this season, and his performances in Europa League where he netted 10 times in 14 matches were the reason why he ended up in the notebooks of many scouts across the continent. Eintracht reached the semifinals of that competition, and Jovic was no doubt the key for such success.

Regarding Bundesliga, in 32 matches, Jovic scored 17 times and added 6 assists on that, establishing himself as one of the best players in the league.

The road to Real Madrid

Young Serb started his way towards the stars in the native country, playing for the former European and world champions, Red Star. But because of bad relationships with the management of the club, he decided to leave. Strangely he went to Apollon from Cyprus, for €2 million, and was a part of that club only one day before heading for Benfica. The official cost of the transfer was €6.6 million. 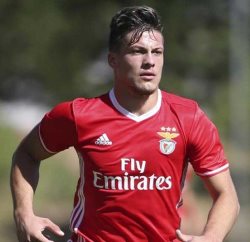 In 2017, Jovic headed for Frankfurt on loan, which cost around € 200,000. During this season the Germans bought the entire contract from Benfica for only €7 million, plus the percentages, and it appears that they hit the jackpot.

Zinedine Zidan now has a youngster who can be a perfect replacement for Kareem Benzema and can form one pretty lethal attack in the future. Along Vinicius Junior and couple other talented players, Real might be back on the European top much sooner than anyone expected.

Before this signing, the Madridians landed Rodrygo from Santos and Eder Militao from Porto. 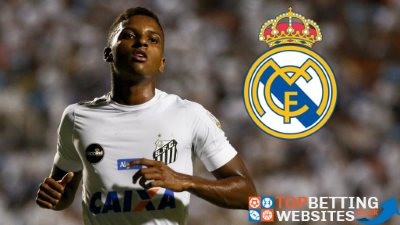 Rodrygo, a 19-year old left-winger, came from Santos. Often projected to be the new Neymar, he arrives in Madrid with huge expectations from both the club and the fans. In 49 games played for Brazilian powerhouse, the teenager scored 10 goals and had 5 assists.

Militao is 21 years old and plays on the position of centre-back. He already established his name in Europe posting excellent performances in Porto during last year. His skills are rare and is projected to be the replacement for Sergio Ramos in the future. The Spanish veteran can still play, but the French manager wants to be safe about that.

He has Raphael Varane, and according to several sources, Militao would be a perfect match for him.

Also, some of the media are suggesting that Real might sign Ferland Mendy until the end of the day. The fantastic left-back who is currently on international duty with the French national team is another wish of Zinedine Zidane. Marcelo will probably leave this summer, and the 23-year old is his replacement.

Mendy, who exploded in Lyon in the last two seasons, was a target of Juventus but didn’t want to say no to his compatriot.

All these transfers are considered to be an introduction for the arrival of Eden Hazard, who is allegedly finishing his paperwork with the Madridians. Some bookies like Betfair have started offering bets on his next club. The saga between these two sides will be over soon, and one of the best players in the world should reveal his move to Spain.