One of the biggest news in England today was the departure of Rafa Benitez, who decided to leave Newcastle at the end of the season.

After somewhat more than three years, the Spanish manager isn’t going to lead the Magpies anymore.

According to the various sources, he will take over Chinese club Dalian Yifang, who is offering a fantastic £25 million per year.

The talks about the extension between Benitez and Newcastle’s owner Mike Ashley didn’t end as planned, and after several months of negotiation, the two sides couldn’t reach a deal. Allegedly, the reasons for such a development weren’t only the financial aspect of the contract, but Ashley’s intention to sell the club. Benitez didn’t want to be in the situation to have new owners who might change the goals of the organization or make some kind of a new business plan.

Because of that, the Spaniard will look for his luck in China, where he enjoys a great reputation, and will no doubt be one of the most respected and paid coaches.

Benitez came to Saint James Park in March of 2016, taking over the club in an awful position. The Magpies were trying to avoid the relegation but failed at the end of the season. When many believed that he would leave, Benitez made a stunning move and stayed at the north of England, leading Newcastle to the promotion and Premiership after just one year in the Championship.

In 146 games as the manager of this team, he recorded 62 wins, 30 draws and 54 losses, making the club a mid-table contender, which could go higher if there was a will for more investment in the squad.

During his stay at Saint James Park, Benitez spent £131.9 million, while on the other hand, earned through sales £143.1 million. All in all, the reign of Rafael Benitez will only be remembered as a positive thing. 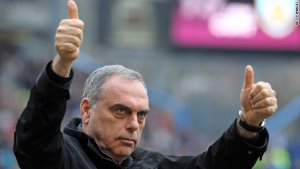 Meanwhile, there are rumours about possible replacements. The majority of English media are suggesting that Avram Grant, the former manager of Chelsea and West Ham, is the biggest candidate for this place. Back in 2008, Grant led Chelsea to the Champions League finals played in Moscow, but the Blues lost that clash against Manchester United in the penalty shootout.

Grant knows the Premiership very well, has experience with the big clubs, and he might be a good solution.

Some sources are saying that all those stories which emerged a couple of days ago about some links between Jose Mourinho and the Magpies might be true and that the Portuguese is one of the options for the managerial position.

It is highly unlikely to expect a development like this one, but there are some reasons which might make this possible. Mourinho is without a club for quite some time, he indicated that China is not one of his priorities, and his former club Inter Milan who was the biggest favourite to bring him back found another guy for their coaching spot.

Mourinho loves working in the Premier League, and he proved on numerous occasions, which could be a big plus for Newcastle if there are some contacts at all.

At the moment, there aren’t any other possible candidates linked with the Magpies, whose future looks very unstable.