Home >> Blog >> News>> The Greatest Goalkeepers in the Premier League

Petr Čech arrived in England when he signed for Chelsea in January 2004. The transfer fee then was £7 million pounds, thus making him Chelsea’s most expensive goalkeeper back then. Since then, the Czech keeper has left his mark on the Premier League, and many consider him as one of the best goalkeepers to ever play in England. After he announced that he was retiring at the end of the season, journalists started asking who the best title-winning goalkeeper was to play in the Premier League. 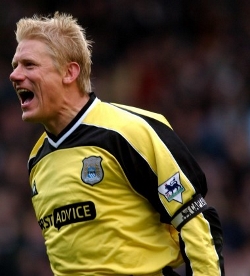 The BBC conducted a poll in which Peter Schmeichel collected 53% of the votes. The Dane is one of the most emblematic goalkeepers to have played in the Premier League and he is often praised by his former boss Sir Alex Ferguson. We can see why – he won the league five times, the FA Cup three times, the Champions League, and the European Cup with Denmark. Many consider him not only a great goalkeeper but also an innovator of the game. Schmeichel has a handball background and he introduced the ‘star-jump save’ which helped him cover a bigger part of the goal and is now used by almost every goalie. The Dane also had a fiery temperament which led to him being sacked by Ferguson, but the Scottish manager changed his manager after he heard Schmeichel apologizing to his teammates. 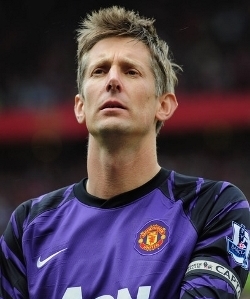 After Schmeichel’s departure, United had to search for his replacement for many years before they finally signed Edwin van der Sar from Fulham. Ferguson called him the best goalkeeper United have had since Schmeichel. The Dutch goalkeeper was great at saving penalties and helped his team win the Champions League in 2008 after he saved the final spot kick taken by Nicolas Anelka. Van der Saar won the league four times at Manchester United, in addition to winning the League Cup, the Champions League, and the Club World Cup. He’s also one of the few goalkeepers to have won the Champions League with two different teams, in this case, Ajax and Man United. 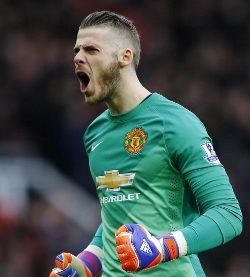 It was up to David De Gea to fill in the boots of van der Saar who retired in 2011. The Spaniard had a shaky start to his career in England because he had troubles adapting to the physical style ai the league which led to him making mistakes when the ball was crossed into his box. However, De Gea quickly settled, and since then he is one of the best goalkeepers in the world. Even though his trophy tally isn’t as impressive as other people on the list, his has saved Manchester United on several occasions and was named Player of the Year for the club three times. 15% of people voted for him in BBC’s poll. 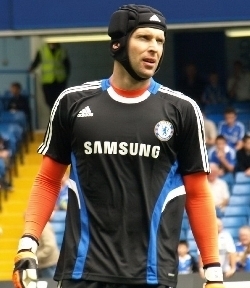 Čech was a part of one of the most formidable defences in Europe and is the holder of Chelsea’s all-time best clean sheet record – 220. He won the Premier League four times with the Blues, in addition to three League Cups, four FA Cups, the Europa League, and the Champions League where he played a major part in winning the competition after he saved Robben’s penalty in the final and then proceeded to save two more during the penalty shootout. He solidified himself as a Chelsea legend, but during the 2014-2015 season, the younger Thibaut Courtois overtook him as Chelsea’s number one, so Čech decided to go to Arsenal. His stint there was less successful, but he still managed to win two FA Cups.

The last name which concludes the top 5 is David Seaman. Seaman played for a lot of clubs in England, but he was most famous for his stint at Arsenal where he made 405 appearances and won three league titles, five FA Cups, one League Cup, and one European Cup Winners’ Cup.

Even though these goalkeepers played in different eras, I don’t think many people would argue with Schmeichel being number one. After him the results are close, and however you rank these great keepers you probably will be right. We think that Cech and van der Saar should be in front of De Gea, but the Spanish goalkeeper is still playing and could surpass them in the next years if he adds more silverware to his collection.

People who like to bet on a high number of goals a team will concede during a match, usually don’t like seeing the above mentioned goalkeepers as usually not enough balls go past them. Enjoy the following video featuring the best saves from Manchester United’s David De Gea.