Last week marked the end of an exciting edition of the Australian Open in Melbourne. We saw everything in this tournament – from exciting matches to athletes drinking pickle juice to improve hydration and stop cramping.

Novak Djokovic won the competition for the seventh time, making this his third successful Grand Slam final in a row. His opponent was world’s number two Rafael Nadal who looked surprised by Djokovic’s aggressive play and made 28 unforced errors – something uncharacteristic for him. Nadal lost the match in just two hours and four minutes, which underlined just how good Djokovic was on Sunday. 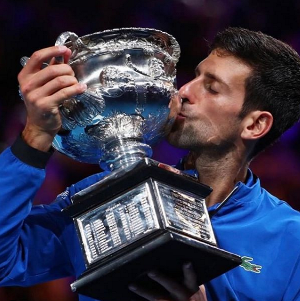 The beginning of the game set the tone for the whole match. Djokovic broke Nadal’s first serve game and even though that was the only break in the first set, the difference in their play was clearly seen by the spectators. The second set wasn’t very different from the first – Djokovic broke Nadal’s serve two times and won the second set as well. By that point, Nadal looked hopeless, which is a very rare sight. Djokovic once again broke, this time for 2-1 in the third set. Even though he had some trouble with two of his serve games, he managed to fight off a break point and eventually win the match.

Nadal was coming off an injury from last season and many people wondered how he was going to perform in this tournament. Reaching the final was a great achievement, but the Spaniard hadn’t played a professional match since the US Open and that played a huge role.

After his win at the Australian Open, Djokovic now has 15 Grand Slam titles – two less than Nadal and five away from Federer. The world’s number one had an elbow surgery just over a year ago, but now he has won three of the last four Grand Slams and his chances of overtaking Federer don’t look bad.

The women’s final was much more exciting and competitive and even lasted longer than the men’s. Naomi Osaka won the match against Petra Kvitova in action-packed three sets. Naomi had two championship points in the second set but failed to capitalize on them and lost 5-7. However, in the third set, she broke Kvitova’s serve for 2-1 and won all of her remaining service games until the end. 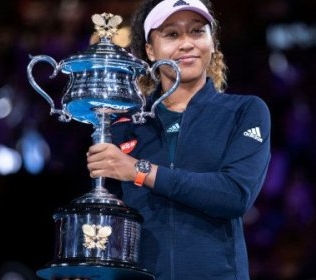 The end ceremony was emotional for both players. Kvitova almost couldn’t believe that she was playing in a Grand Slam final after being stabbed in her hand a few years ago in her own home during a robbery and getting surgery afterwards. Kvitova could’ve even been ranked number one if she won this match, but now she will have to settle for the second position in the rankings. Naomi becomes the youngest player to be number one since Caroline Wozniacki did it in 2010 being just 20 years old. She’s also the first players since Jennifer Capriati in 2001 to win her first and second Grand Slam title one after another. Unlike the men’s final, we saw a lot of dramatic moments here. Naomi Osaka even cried after she missed those two championship points, but regained her composure after she called for a bathroom break and finished off the match in the third set. The crowd had a really hard time to figure out who to cheer for because both players were great and had compelling reasons to win.

The 2019 Australian Open probably wasn’t the most exciting edition of the tournament but it certainly had its moments. Many of the younger players who were supposed to challenge Nadal and Djokovic were knocked out frustratingly. Alexander Zverev and Dominic Thiem will be happy to quickly forget the tournament, but the same can’t be said about Stefanos Tsitsipas who surprised everyone by eliminating Roger Federer, this upset turned out profitable for those who choose to bet on the tennis match and choose Tsitsipas as the winner.