On 11th of January, Andy Murray shocked the tennis world by announcing that he was contemplating retirement after Wimbledon due to an injury in the right hip. Murray had hip surgery in January 2018, but since then he’s had problems with his movement. In a press conference before the Australian Open, the British tennis player said that the pain was too much for him, so he plans on stopping after Wimbledon.

Murray has decided to undergo another surgery, this time in New York under the guidance of Edwin Su. The main target of this surgery would be to first and foremost improve Murray’s quality of life and maybe return to playing tennis in the future. Tennis player Bob Bryan also had his hip operated by the same doctor and since then he’s been playing doubles with his brother Mike. However, Murray is a singles player which requires more endurance to cover the whole court, which means that there are no guarantees that Murray will be able to return to competing. Still, Edwin Su remains optimistic and said that the surgery could help the Brit reach his previous top level.

Murray’s emotional announcement certainly didn’t go unnoticed by current and former tennis players. Boris Becker, who is currently working for Eurosport, said that Murray should undergo hip surgery in an attempt to ‘finish on his own terms’. Becker added that if Murray receives the right treatment then it’s possible for him to come back and have more great matches. Some of Andy’s current colleagues such as Roger Federer, Grigor Dimitrov, Nick Kyrgios, Juan Martin Del Potro, and many others said encouraging words to the Scot and encouraged him to overcome this.

Tennis will come to an end for us all but the friendships will last a lifetime. What you’ve done for the sport will live on forever. I’m hoping for a strong and healthy finish for you, my friend! @andy_murray pic.twitter.com/Bcs0cdllJp

Whether Murray returns to tennis is yet to be seen, but his impact on the sport is unquestionable. He’s won Wimbledon two times (2013, 2016) in addition to winning the US Open (2012) and having two gold medals from the Olympic Games (2012, 2016). In 2016, Murray was the first singles player from the UK to top the rankings. A month after achieving this, he was given a knighthood.

Andy Murray’s potential retirement raises questions over the future of British tennis. The 2019 Australian Open was the first edition of the tournament in more than ten years where no British singles player made it past the third round. The Lawn Tennis Association is contemplating asking Murray to help with the development of young players, however, the results from that will probably appear in the long term.

Who Could Fill the Void? 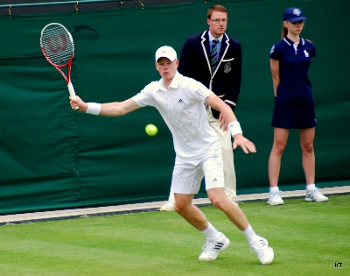 For now, the British tennis fans are focusing on the present, where things aren’t as gloomy as they seem. Kyle Edmund, who is currently ranked 14th, is undoubtedly Britain’s brightest prospect at the moment. The 24-year-old reached the semi-final of the Australian Open last year and was dubbed by Tim Henman as a future top 10 player.

Cameron Norrie is currently at No. 68 and he’s steadily progressing up the rankings. The 23-year-old made the final in Auckland last year and is keen on improving himself. Dan Evans, who was banned for drugs use not too long ago, is trying to find the form that helped him enter the top 50 before his suspension.

The 17-year-old Jack Draper shows a lot of promise and since reaching the Wimbledon boys’ final last year he has won three Futures and became the youngest player to enter the top 500. When it comes to women’s tennis, Emma Raducanu is in a similar position to Jack Draper. She’s only 16 but has already won a Futures in Israel. Johanna Konta, who is 27, is a more established player than Raducanu. She reached the semi-finals of Wimbledon in 2017 and recently was beaten by Garbine Muguruza in the Australian Open after a thrilling match in three sets.

Of course, there’s never going to be another player like Andy Murray, but the ones we mentioned here have the potential to establish themselves and bring happy moments to British tennis fans.