The transfer window is underway, and clubs have already begun to do business, here we will look at clubs such as Bayern Munich, Borussia Dortmund, Bayer Leverkusen and RB Leipzig. We’ll look at their incomings and outcomings alongside any rumours that are going around in the Bundesliga as teams prepare for another tough season. 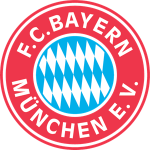 Starting off with Champions Bayern Munich, they wasted no time in acquiring the services of Lucas Hernandez from Atletico Madrid for £72m and Stuttgart’s Benjamin Pavard for £31.5m and look to improve their squad further. They’ve sold star defender Mats Hummels back to Borussia Dortmund for £27.45m and have lost both Arjen Robben and Franck Ribery both for free after they failed to renew their contracts.

They’ve been linked to a few attackers in Manchester City’s Leroy Sane and FC Barcelona’s Ousmane Dembele as they look to fill the void left by Arjen Robben and Franck Ribery. Although both of these options would cost over £100m, they’d be world class additions that would improve the team for many years to come. Bayern have also looked to improving the midfield as they look to Atletico Madrid midfielder Rodrigo to solidify the midfield, but they face strong competition from Manchester City for the Spaniard and may miss out on him.

Along with Mats Hummels, Bayern Munich have been looking into the possibility of offloading German centre back Jerome Boateng. Any club that is interested in the German will have to pay £20m for his services, but currently, there are no offers in place for the defender. They’ve also looked to offload Portuguese youngster Renato Sanches after an uninspiring few seasons at the Bavarian club as they look to recoup some of their £35m transfer fees, Paris Saint Germain seems like a possible choice for the young midfielder as they too will look to strengthen their midfield. 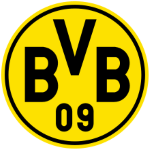 Lucien Favre’s Borussia Dortmund also got their transfer window off to a good start as they acquired the services of Mats Hummels for £27.45m, Borussia Mönchengladbach winger Thorgan Hazard for £22.95m, Nico Schultz from Hoffenheim also for £22.95m, Julian Brandt for £22.5m and FC Barcelona striker Paco Alcacer for £18.9m. They may not purchase any more players due to the fact that they’ve spent the majority of their budget already, but if they make a few more sales who knows what they could do.

They also sold American winger Christian Pulisic to Chelsea in January and will be losing him for the upcoming season, along with selling Swedish wonderkid Alexander Isak for £5.85m to Real Sociedad. They’ve been rumoured to sell German midfielder Julian Weigl with Paris Saint Germain reportedly interested in a £25m deal, and French defender Dan Axel Zagadou could be heading to Arsenal in a £30m deal. They’ve looked at the possibility of bringing in 21-year-old Sporting CP midfielder Wendel along with Arsenal veteran Lorent Koscielny to strengthen the team.

RB Leipzig have only brought in Hannes Wolf for £10.8m from RB Salzburg and Luan Cândido from Palmeiras for £7.2m. They haven’t been linked to anyone in particular but look very likely to lose their star defenders in Dayot Upamecano, Ibrahima Konate and Willi Orban. Timo Werner has also been linked to many European clubs, and RB Leipzig could be willing to sell him if they get a good offer.

Bayer Leverkusen have brought in good players such as Paris Saint Germain’s Moussa Diaby for £15m and Hoffenheim’s Kerem Demirbay for £28.8m. They too will look to improve their squad further after losing Julian Brandt to Borussia Dortmund for £22.5m. Notable transfers that have happened for Frankfurt are Luka Jovic to Real Madrid for £54m and Hamburg’s Filip Kostic to Frankfurt for £5.4m. Frankfurt will look to bring in a couple more midfielders this summer as they look to use the Jovic money to strengthen a few different positions around the field.