What Does Confirmation Bias Mean?

Most punters will have probably never heard of confirmation bias but if they are honest with themselves and read this confirmation bias definition, they would more than likely realise straight away that this is something which has affected them more often than they initially thought.

So, what is confirmation bias?

If you find information which doesn’t conform with what you are already thinking, you simply ignore it!

According to psychologists, confirmation bias is far more evident when it revolves around decisions which involve an emotional element, and most people will agree that betting for many punters is highly emotive.

When you look at the above description of confirmation bias, don’t you agree that this is something which has affected you in one form or another.

There are numerous examples of confirmation bias in the world of online betting sites, and one of the most common examples is when you have placed a bet in the past which has gone on to win you a decent amount of money.

An example could be that one of the first bets that you have ever made was a treble on the horse racing.

A £5 treble could have made you over £300 so ever since that wonderful day, and you have continued to place a £5 treble every Friday and Saturday on the horse racing markets.

You have enjoyed a few successful trebles since then, but when you consider that this first treble was placed over ten years ago, the returns from the winning bets have nowhere near equalled or shown a profit on the stakes that you have made. 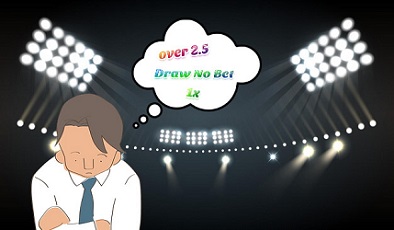 During these past ten years, you have read articles and blog posts which inform you that one of the bets that the bookies hate is the EW double, but because you have it set in your mind that the treble is the best bet, you completely ignore this new information which proves otherwise.

Other confirmation bias examples would be that you have been placing bets on a football team which is based on their early season form, you have won money so you look for information which confirms the reasons why you should carry on backing this team.

The problem is though, the latest news on this football team shows that several of their top players are out with injuries and there are rumours that there is unrest in the changing room.

This is not the information that you want to read though, so you simply ignore it and instead, look for any snippet of information which confirms your original point of view.

One last example would be backing Tiger Woods in every golf tournament that he plays in based on his past form and that you have won a decent amount of money from backing him.

Even a small amount of research would reveal that he has all sorts of personal problems, not to mention a complete lack of form but confirmation bias means that you would be looking for evidence which will prove to you that he may play well, ignoring everything that doesn’t fit in with your initial view.

Can Confirmation Bias Be Cured?

Most punters won’t initially admit to confirmation bias in their betting, and that is basically where the problem lies.

If you don’t think you are doing something, how can you stop doing it?

Confirmation bias could be described as being a habit because the betting selection process is a habit for the majority of recreational punters so if you admit to placing bets in this way, it is just a matter of stopping yourself in your tracks and asking yourself if you are basing your selections on habit or facts.

When you ask yourself this question, it soon becomes apparent if you are basing your selections on past facts and habits as opposed to the current form.

It would be fair to say that betting on superstition could be compared to confirmation bias, we all know people who place bets on a horse with the name of their pet dog in the name, ‘Rovers Return’ for example, even though reading the form will prove that the horse has absolutely no chance of winning.

Are You a Recreational or Pro Bettor?

If you are a recreational bettor who likes to have the odd bet on the horses or an accumulator on the football every weekend, confirmation bias is not something that you should be overly concerned with.

So what if you like to back a horse because you like the sound of the name or if you back a football team which you support, it doesn’t really matter because you are still getting enjoyment from your betting activities and you will probably experience the odd win here and there.

If you are a pro bettor though, it is important that you get on top of confirmation bias and that starts by recognising that it is affecting the bets that you are making.

Even a minor case of confirmation bias will mean that the bookie will have that extra edge from the bets that you are making with them and any pro bettor will tell you that these small edges can make all of the difference when it comes to the profits which can be achieved over the course of a year.

Before you make any bet, ask yourself if you are basing your decision on facts which merely back up your original decision or facts which are directly related to the selection.

Asking yourself what confirmation bias means in this way could have a very positive effect on your betting profits moving forward, and that is surely the aim of every pro bettor.